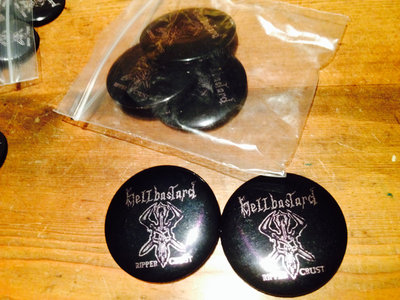 ships out within 7 days
edition of 100

Formed in 1985 in the North East of England in the midst of Thatcherism, Hellbastard set out to play what they wanted to listen to themselves.... too "metal" for the punks and too "punk" for the metallers - official hiatus began 1991, oficially re-formed in 2008 Hellbastard still bring a relevant lyric and sound to counter act against bland mediocre sub-standard radio friendly generic safety-rock. ... more